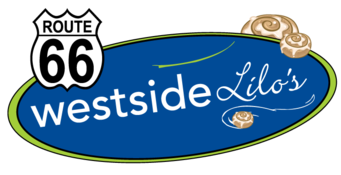 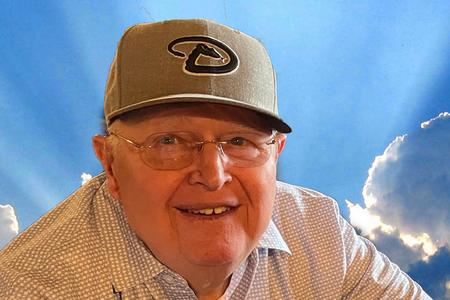 Sadly, Pat passed away on August 5, 2022.  We have been overwhelmed with so many stories and wonderful memories shared by our patrons over the past 26 years.  We wanted to share his obituary with those that have asked to see it....

Patrick James Russell was born in Wickenburg, Arizona on November 6, 1939 to William and Merle Russell.  Pat lived his entire life in the state of Arizona, living in places such as Date Creek/Congress, Prescott, Winslow, and Grand Canyon, before settling in Seligman (1952), where he has been ever since and has happily called his home.  He enlisted in the Army and served four years receiving the rank of SP5, Sergeant. While stationed in Germany, he met Lilo Hohmann and they married April 20, 1961. Returning to Seligman in 1962, Pat and Lilo bought the Texaco and operated it until 1965, then he moved on with the Diamond A Cattle Company, where he worked for 20 years. Pat went to Wasilla, Alaska for a short time to work at a gold mine but returned in late 1985 to join the Chemical Lime Company, where he retired after 16 years. Pat was a hard working man, in his version of retirement, he joined his wife Lilo, and his daughters Nancy and Brenda at Westside Lilo’s, taking on all maintenance, errands, and later the cashier role. He truly enjoyed sharing news of his family, his knowledge of the area, showing off his ability to speak German, and provided a smile and a treat to the kids visiting.

Family was everything to Pat. His kids are very proud to share that he served eleven years on the Seligman School Board so that he could present them their HS diplomas. He loved family trips, birthday parties and watching his favorite teams. Pat loved to hunt, fish, play blackjack and was always up for a good time. He was a well respected man and who was always willing to help.  Pat worked hard for what he achieved and made sure his wife, kids, and grandkids were always taken care of and cherished.  He has created a lasting legacy that will live on through his family and his community. We will miss him immensely.

Pat lived in Seligman for 70 years and always supported town projects throughout the years.  Most recently he and Lilo had discussed that Seligman needed a welcome arch similar to the townships of Williams and Kingman.  So we would like to bring his dream to fruition and make it happen!  All the proceeds for this memorial will go to making it happen!  Please click on the icon above, Pat's Dream to donate.  Thank you for helping us honor, Pat.